Twitter launched a group chat feature which allows private conversations for up to 20 people. I dig deeper if the feature was worthwhile.

I believe Twitter’s Group Hypothesis was to continue the “voice” offline in private messaging. They would keep the conversation going privately, not publicly in the feed. The reasoning I think was to increase the user engagement after a user posted a tweet.

After analyzing and using the Group functionality on Twitter, there is room for improvement. One of the features to add would be to segment groups in your personal inbox to build a relationships overtime. In my opinion, many people on existing social networks like Facebook have a relationship with the individual before they connect. If you don’t already have someone to engage with or really know how to use hashtags, Twitter can be a really lonely place. So the hashtag grouping organization in inbox will allow users to start discussions and a longer relationship. Twitter is very fast paced with its content, so building a few inbox stable groups will help users come back.

The following screens show the new segmented groups within inbox. They are color coded based on the group you have joined.

To view an interactive view of my designs, please check out my Invisionapp prototype below.

If the group chat feature failed, it would tell me that Twitter users prefer to be public when voicing their opinion. A complete analysis on the data points using Twitter’s In-House Analytics would provide us with what worked and what didn’t.

One key thing I would do is build out a Post-Mortem Feature Doc so that other teams at Twitter would know what not to do and avoid previous mistakes in the future. A Sample Document is given below.

In terms of next steps, I would prioritize my lists of features that the team would work on. If time and resources are on my side, I would ask users to describe their experience with group messaging and record any interesting highlights. Then, I would analyze data points from Twitter Groups to come up with a better experience. 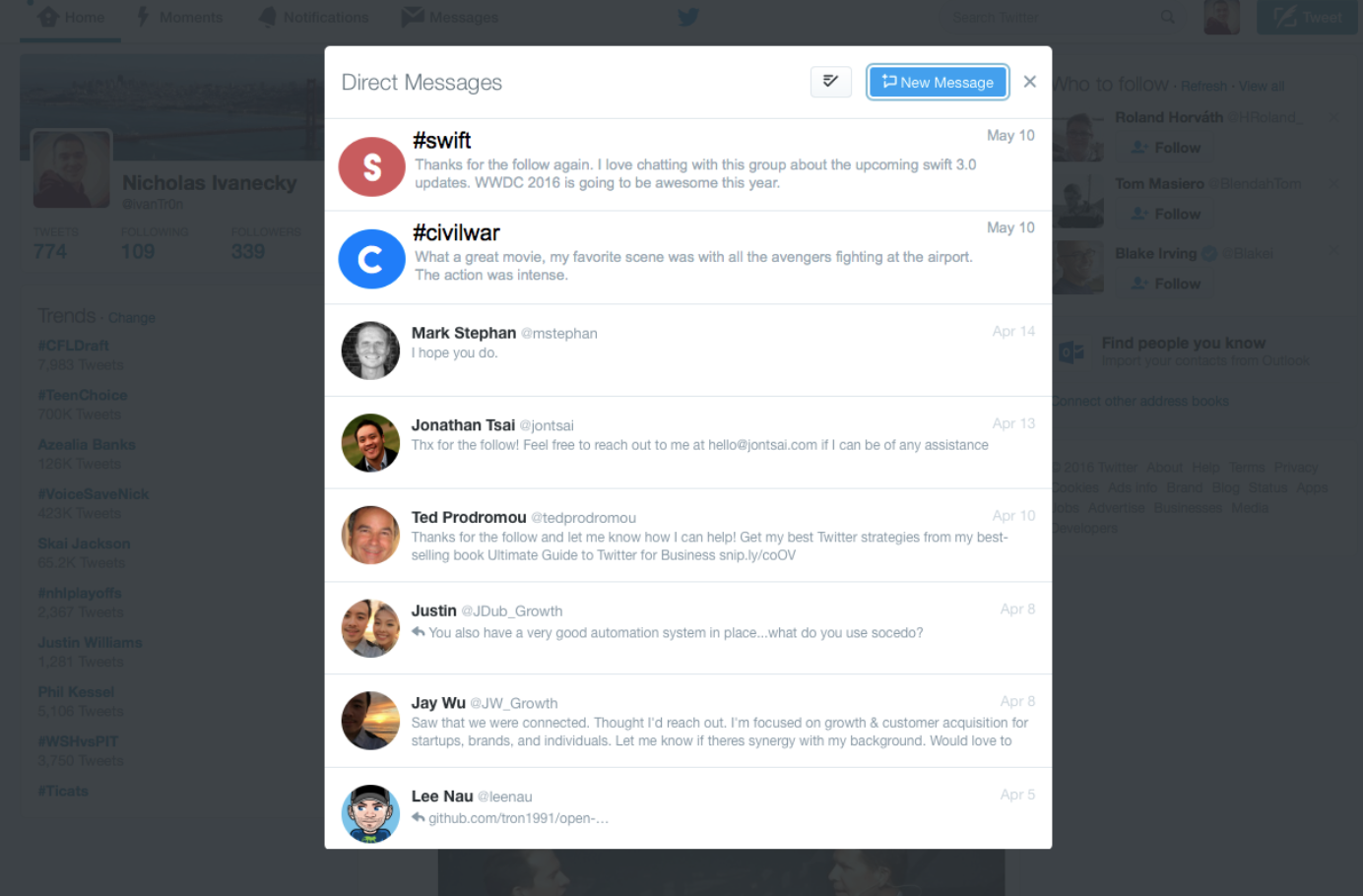 Sample UI I created within Invision